What you need to know about Baltimore’s Boil Water Advisory 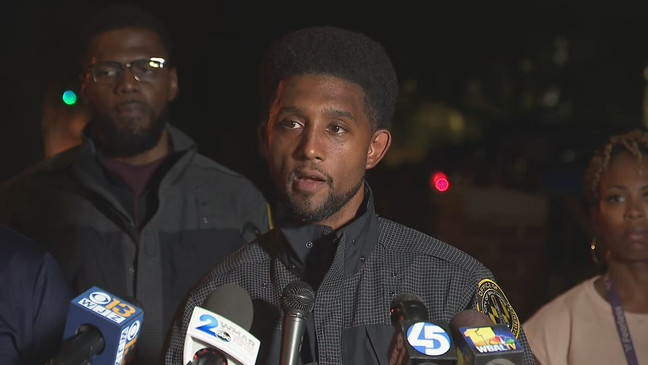 Thousands of residents in parts of Baltimore and Baltimore County are under a Boil Water Advisory after E. coli was detected in water samples over the weekend.

The Baltimore Department of Public Works issued the advisory Monday after the bacteria was identified in water samples taken in several West Baltimore buildings.

The DPW said the contamination was found during routine testing at a firehouse and two police facilities in the 9th District, which includes the Sandtown-Winchester and Harlem Park neighborhoods. No illnesses have been reported.

Here’s what you need to know:

Where is the advisory in effect?

A Required Boil Water Advisory is in effect for areas of West Baltimore within the following boundaries: Riggs Avenue to W. Franklin Street from north to south and Carey Street to Pulaski Street from east to west. The radius includes about 1,500 residential and commercial buildings.

Here’s a map released by DPW illustrating the advisory boundaries:

What do I do if I’m under the advisory?

First, get rid of any stored water, drinks or ice that was made recently. Avoid drinking or using any unboiled water from the tap during the duration of the advisory.

If you need to use the tap, water should be brought to a “rolling boil” for at least one minute to kill any bacteria. Boiling water will make it safe for the following activities: drinking, brushing teeth, washing fruits and vegetables, preparing baby food and formula, making ice, giving to pets, washing dishes, and preparing food.

It’s safe to shower at this time as long as you don’t ingest the water, officials said.

Starting at 11 a.m., the city is distributing water at three locations as of Tuesday: Harlem Park Elementary/Middle School (1401 W. Lafayette Ave.), Middle Branch Park (3301 Waterview Ave.) and Lansdowne Library (500 3rd Ave.). There is a limit of three gallons per household.

In Baltimore County, bottled water is being distributed at Fire Station 5 in Halethorpe (4501 Washington Blvd.) from 3-8 p.m.

A donation from Nestle and assistance from agencies across the region will allow the city to set up other locations.

What’s being done about it?

The DPW said it is working actively to determine the extent of the issue, identify the source and resume the delivery of clean water.

Director Jason Mitchell said the agency will continue testing within the impacted West Baltimore area, as well as sites that have come up negative. Results take about 24 hours.

The agency is also working to detect any leaks in the impacted area and identify construction projects that may have affected the water system, he said.

DPW officials said they are confident the contamination has nothing to do with its three water treatment plants. A spokesperson said water at the plants is tested every two hours and samples have met clean water standards.

Meantime, the DPW said it is flushing the system continuously to introduce turnover and increasing the chlorination in the area, along with other treatment methods.

DPW noted Tuesday tests taken at nearly 20 sites have not shown any contaminants, including samples from the city, western Baltimore County and northern Howard County.

Baltimore County Executive Johnny Olszewski Jr. said his administration is working to secure more bottled water to give out to residents.

What if I get sick?

According to the U.S Centers for Disease Control and Prevention, E. coli is a group of bacteria found in the environment, foods, and intestines of people and animals. The agency said most E. coli are harmless, but others can make you sick.

Some strains can cause diarrhea, while others cause urinary tract infections, respiratory illness, pneumonia, and other illnesses.

The Baltimore City Health Department said anyone who’s been exposed to the contaminated water should monitor for symptoms such as nausea, vomiting, abdominal cramps and diarrhea.

Adults should seek medical care if they cannot keep liquids down for 24 hours, are vomiting blood, have blood in their stool, are experiencing severe stomach pain, have a fever above 104 degrees, or are vomiting or experiencing diarrhea for more than two days, the health department said.

For infants and children, parents should call a healthcare provider if their child has a fever above 102 degrees, has bloody diarrhea, is in a lot of pain, seems dehydrated, or is very tired and irritable, the agency said.

When will the advisory end?

City officials haven’t provided a timeline yet as DPW continues to investigate the source of the contamination.

The sampling locations that had contaminants – the firehouse and police buildings in West Baltimore – need to be retested, and it takes 24 hours to get results for the tests. The mayor’s office told WJZ the results of those tests won’t be in until Tuesday evening.