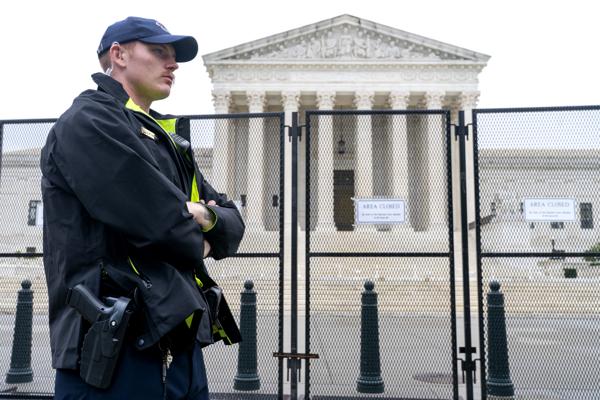 In a major expansion of gun rights, the Supreme Court said Thursday that Americans have a right to carry firearms in public for self-defense, a ruling likely to lead to more people legally armed in cities and beyond. The ruling came with recent mass shootings fresh in the nation’s mind and gun control being debated in Congress and states.

About a quarter of the U.S. population lives in states expected to be affected by the ruling, which struck down a New York gun law. The high court’s first major gun decision in more than a decade came on a 6-3 split with the court’s conservatives in the majority and liberals in dissent.

Meanwhile, across the street at the Capitol, Congress sped toward passage of its own gun legislation following the mass shootings in Texas, New York and California. Senators cleared the way for its measure, modest in scope but still the most far-reaching in decades.

Also Thursday, underscoring the nation’s deep divisions over the issue, the sister of a 9-year-old girl killed in the Uvalde, Texas, school shootings, pleaded with state lawmakers in Austin to pass gun legislation, which would go against the Republican-controlled body’s easing of restrictions in recent years.

President Joe Biden said in a statement he was “deeply disappointed” by the Supreme Court ruling, which he said “contradicts both common sense and the Constitution, and should deeply trouble us all.”

He urged states to pass new laws and said, “I call on Americans across the country to make their voices heard on gun safety. Lives are on the line.”

The court’s decision struck down a New York law requiring people to demonstrate a particular need for carrying a gun in order to get a license to carry one in public. The justices said that requirement violates the Second Amendment right to “keep and bear arms.”

Justice Clarence Thomas wrote for the majority that the Constitution protects “an individual’s right to carry a handgun for self-defense outside the home.” That right is not a “second-class right,” Thomas wrote. “We know of no other constitutional right that an individual may exercise only after demonstrating to government officers some special need.”