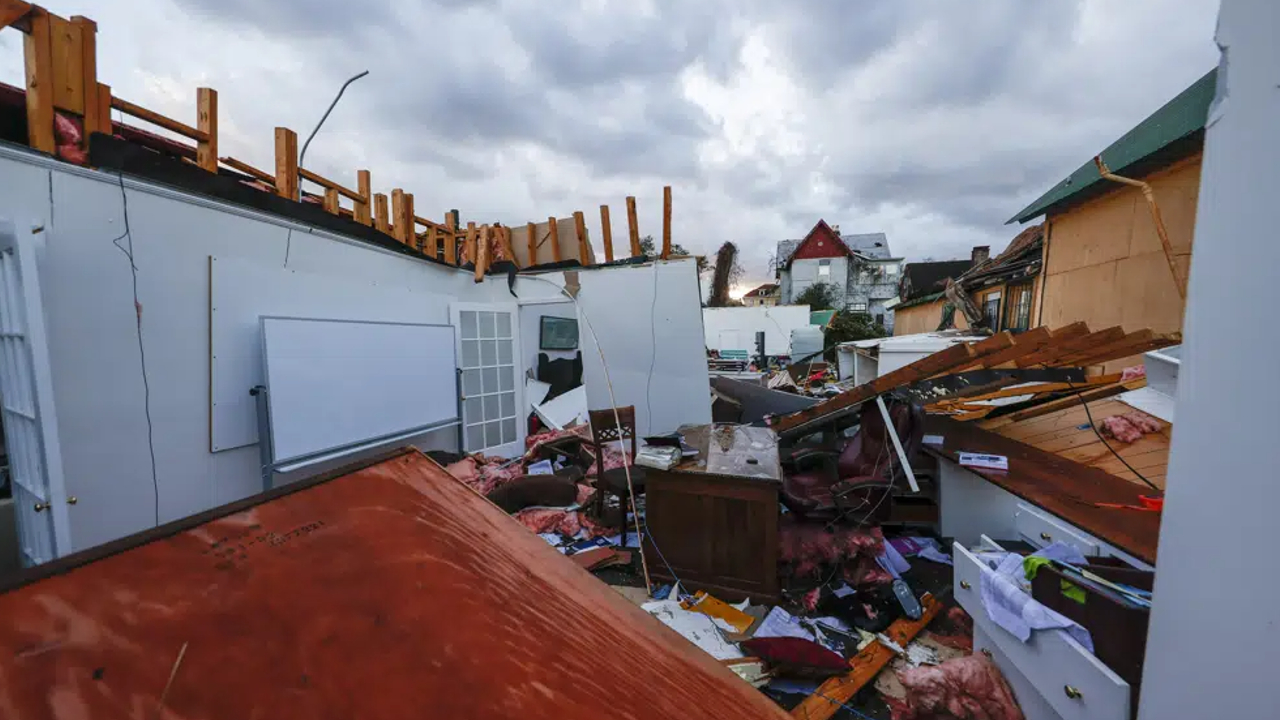 A giant, swirling storm system billowing across the South on Thursday killed at least six people in central Alabama, where a tornado ripped roofs off homes and uprooted trees in historic Selma, while another person was killed in Georgia, where severe winds knocked out power to tens of thousands of people.

In Autauga County, Alabama, 41 miles (66 kilometers) northeast of Selma, at least six fatalities were confirmed and an estimated 40 homes were damaged or destroyed by a tornado that cut a 20-mile (32-kilometer) path across two rural communities, said Ernie Baggett, the county’s emergency management director.

Several mobile homes were launched into the air and at least 12 people were injured severely enough to be taken to hospitals by emergency responders, Baggett told The Associated Press. He said crews were focused Thursday night on cutting through downed trees to look for people who may need help.

“It really did a good bit of damage. This is the worst that I’ve seen here in this county,” Baggett said.

In Georgia, a passenger died when a tree fell on a vehicle in Jackson during the storm, Butts County Coroner Lacey Prue said. In the same county southeast of Atlanta, the storm appeared to have knocked a freight train off its tracks, officials said.