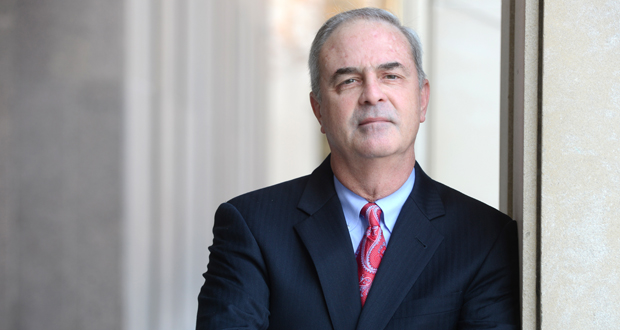 A tight race in the Baltimore County state’s attorney Democratic primary is now over.

Incumbent #ScottShellenberger won the primary, beating out challenger #RobbieLeonard according to the Baltimore County Board of Elections.

Leonard is the first candidate to challenge the incumbent since #Shellenberger took office in 2006. He tweeted a message to his supporters Friday afternoon, saying, in part: “With all votes counted, we have received just under 43,000 votes — just under 50% of all votes cast.”

Leonard spoke to his supporters Friday afternoon, saying he’s pleased to have been in such a competitive race.

“We came up short of victory, but we started a real conversation for change, and the voters of Baltimore County deserve that change,” Leonard said.

Neither Shellenberger nor anyone from his campaign were available Friday for comment.

Last week, Shellenberger gained 918-vote advantage over Leonard with 28,000 more mail-in ballots left to process. The counting of those ballots continued into this week.

Shellenberger has a 16-year track record of being a “law-and-order prosecutor” and received the endorsement of the Baltimore County police union.

Leonard, a former public defender who’s now in private practice, ran on a progressive platform, saying his focus would not be on low-level crimes, but rather on violent and sexual assault crimes.