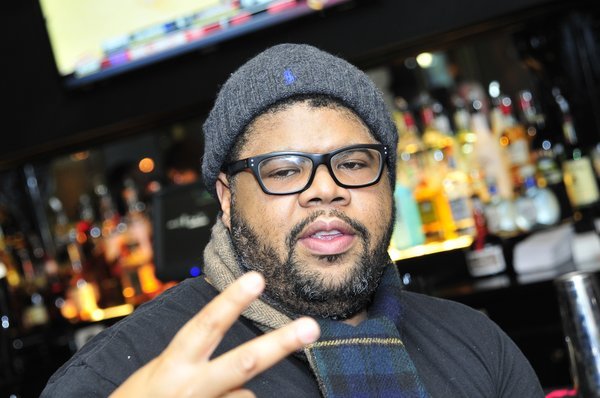 Unfortunately, the man behind hits like The Notorious B.I.G.’s “Big Poppa,” Faith Evans’ “You Used To Love Me,” and Nas’ classic track “One Mic,” died after a fight with COVID-19.

Thompson was one of the founding members of the squad, which included Easy Moe Bee and Deric “D-Dot” Angelettie.

The Washington D.C. native got his start playing the congas with Go-Go music legend Chuck Brown and The Soul Searchers, before finding his way to Bad Boy.

In addition to his hits with Diddy and Bad Boy, Thompson churned out hits for Tevin Campbell, New Edition, TLC, Busta Rhymes, Juvenile, and Mary J. Blige to name a few.

“My first real session with Bad Boy was with [producer] Easy Mo Bee. Puff asked if I wanted to go to the studio and hang out with him,” Chucky Thompson said during an interview with The Recording Academy.

“I’d never met him or anything. I showed up at the session; he had a guitar there, and I just started playing along with what Easy Mo Bee was doing. He heard it and immediately wanted to record it. That became the guitar parts on “Ready to Die.” That was always the energy,’ Chuck Thompson revealed.

Most recently, Thompson helped produce tracks on Diddy’s upcoming album Off The Grid Volume 1 which is supposed to be released on September 24.

Off The Grid Volume 1 marks Diddy’s first album in 11 years and will be one of the first releases on his new imprint, Love Records.

Thompson made a documentary about the Tuskegee Airmen that aired on the History Channel and he was working on a film about his life and the Go-Go music scene in Washington D.C. titled “Chucky Thompson Presents D.C. Go-Go.”