Ravens, with 6 takeaways, beat Saints in first preseason game of 2021 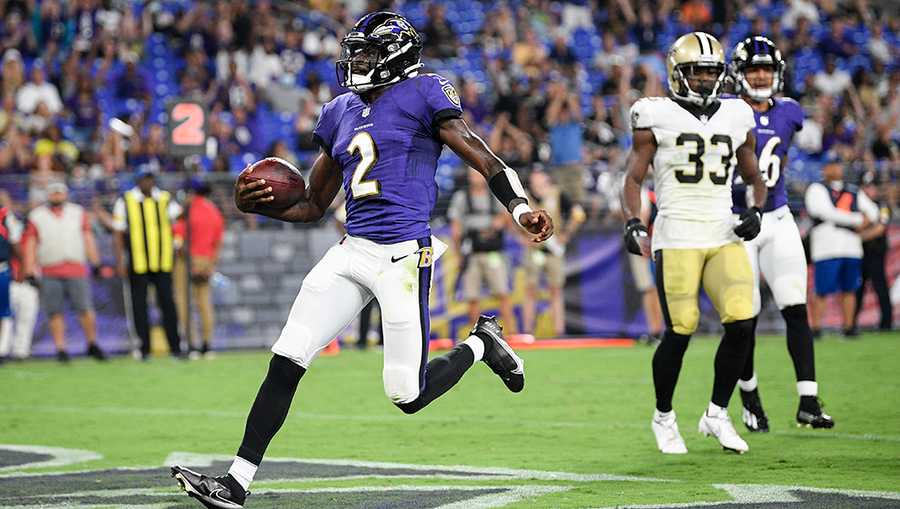 Tyler Huntley ran for a 7-yard touchdown with 6:35 remaining, and the Baltimore Ravens extended their preseason winning streak to 18 games with a 17-14 victory over the New Orleans Saints on Saturday night.

The Ravens haven’t lost in the preseason since 2015. They struggled to move the ball Saturday with quarterback Lamar Jackson held out, but New Orleans couldn’t overcome its six turnovers. Huntley, who took over for Trace McSorley at quarterback in the second half, capped a 12-play, 79-yard drive with the Ravens’ only touchdown of the game.

Among the Ravens not suited up for this game include QB Lamar Jackson, TE Mark Andrews, WR Sammy Watkins and NT Brandon Williams.