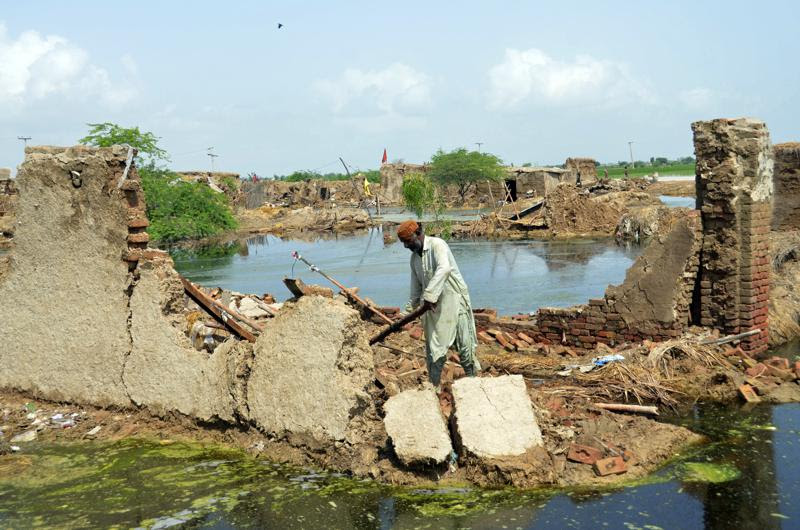 Flash flooding from the heavy rains has washed away villages and crops as soldiers and rescue workers evacuated stranded residents to the safety of relief camps and provided food to thousands of displaced Pakistanis.

Sherry Rehman, a Pakistani senator and the country’s top climate official, said in a video posted on Twitter that Pakistan is experiencing a “serious climate catastrophe, one of the hardest in the decade.”

“We are at the moment at the ground zero of the front line of extreme weather events, in an unrelenting cascade of heatwaves, forest fires, flash floods, multiple glacial lake outbursts, flood events and now the monster monsoon of the decade is wreaking non-stop havoc throughout the country,” she said. The on-camera statement was retweeted by the country’s ambassador to the European Union.