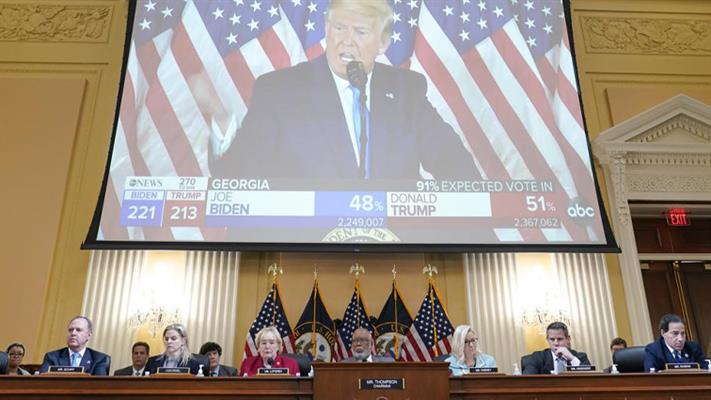 The House Jan. 6 committee aims to show in what could be its final hearing Thursday night that Donald Trump’s lies about a stolen election fueled the grisly U.S. Capitol attack, which he did nothing to stop but instead “gleefully” watched on television at the White House.

The prime-time hearing will dive into the 187 minutes that Trump failed to act on Jan. 6, 2021, despite pleas from aides, allies and even his family. The panel is arguing that the defeated president’s attempts to overturn Joe Biden’s election victory have left the United States facing enduring questions about the resiliency of its democracy.

“A profound moment of reckoning for America,” said Rep. Jamie Raskin, D-Md., a member of the committee.

With live testimony from two former White House aides, and excerpts from the committee’s more than 1,000 interviews, the Thursday night session will add a closing chapter to the past six weeks of hearings that at times have captivated the nation and provided a record for history.

Ahead of the hearing, the committee released a video of four former White House aides — press secretary Kayleigh McEnany, security aide Gen. Keith Kellogg, White House Counsel Pat Cipollone and executive assistant to the president Molly Michael — testifying that Trump was in the private dining room with the TV on as the violence unfolded.

“Everyone was watching television,” Kellogg said.

Returning to prime time for the first time since the series of hearings began, the panel intends to explain just how close the United States came to what one retired federal judge testifying this summer called a constitutional crisis.