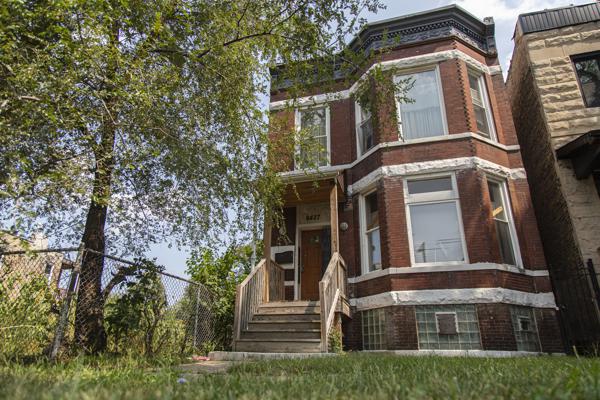 Emmett Till left his mother’s house on Chicago’s South Side in 1955 to visit relatives in Mississippi, where the Black teenager was abducted and brutally slain for reportedly whistling at a white woman.

A cultural preservation organization announced Tuesday that the house will receive a share of $3 million in grants being distributed to 33 sites and organizations nationwide that are important pieces of African American history.

Some of the grant money from the African American Cultural Heritage Action Fund will go to rehabilitate buildings, such as a bank in Mississippi founded by a man described by Booker T. Washington as the “most influential business man in the United States,” the first Black masonic lodge in North Carolina, and a school in rural Oklahoma for the children of Black farm workers and laborers.

The money will also help restore the Virginia home where a tennis coach helped turn Black athletes such as Arthur Ashe and Althea Gibson into champions, rehabilitate the Blue Bird Inn in Detroit that is considered the birthplace of bebop jazz, and protect and preserve African American cemeteries in Pennsylvania and a tiny island off the coast of South Carolina.

Brent Leggs, executive director of the organization that is in its fifth year of awarding the grants, said the effort is intended to fill “some gaps in the nation’s understanding of the civil rights movement.”

Till’s brutal slaying helped galvanize the civil rights movement. The Chicago home where Mamie Till Mobley and her son lived will receive funding for a project director to oversee restoration efforts, including renovating the second floor to what it looked like when the Tills lived there.

“This house is a sacred treasure from our perspective and our goal is to restore it and reinvent it as an international heritage pilgrimage destination,” said Naomi Davis, executive director of Blacks in Green, a local nonprofit group that bought the house in 2020. She said the plan is to time the 2025 opening with that of the Obama Presidential Library a few miles away.