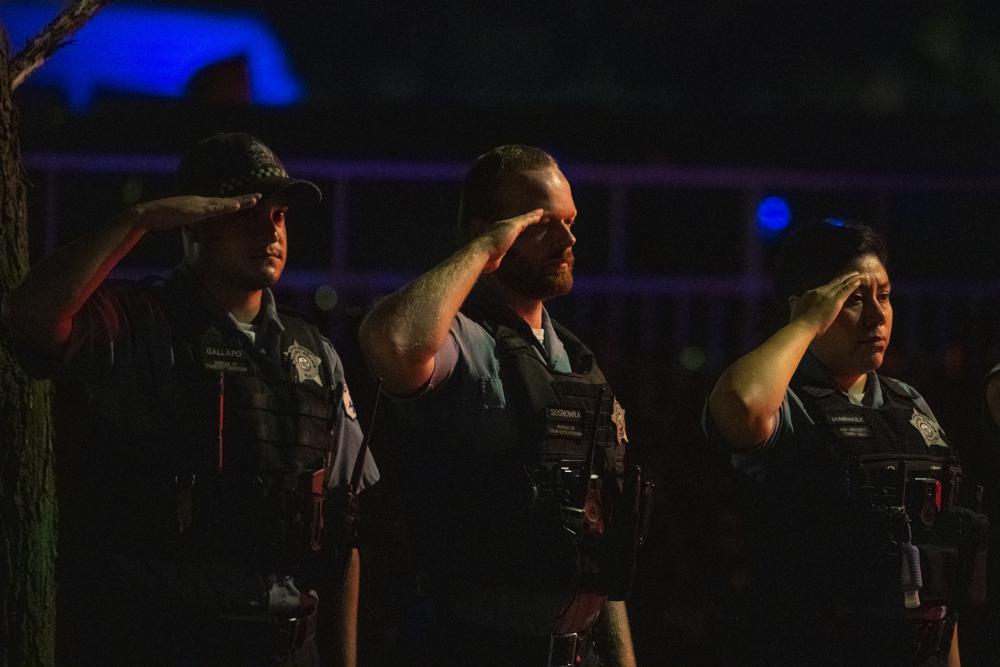 A 29-year-old female police officer in Chicago was killed and another officer was seriously wounded in an exchange of gunfire during a traffic stop, officials said Sunday, the city’s mayor later citing the shooting as a reason for Chicagoans to work together to stem violence.

The officer killed Saturday night was identified as Ella French, according to a post on the Chicago Police Department’s Facebook page Sunday evening. French’s death was the first fatal shooting of a Chicago officer in the line of duty since 2018 and the first female officer fatally shot on the job in 33 years.

“We will never forget the true bravery she exemplified as she laid her life down to protect others,” the department said of French on Facebook, adding that fellow officers will “grieve the loss of this hero.” The department also requested support for French’s “wounded partner, who is in the hospital fighting for his life.”

At a Sunday news conference, Mayor Lori Lightfoot urged Chicagoans to end the acrimony between ardent police proponents who say officers are hampered by overly burdensome rules and staunch critics who say officers act with impunity.

“Stop. Just stop,” she said. “This constant strife is not what we need in this moment.”